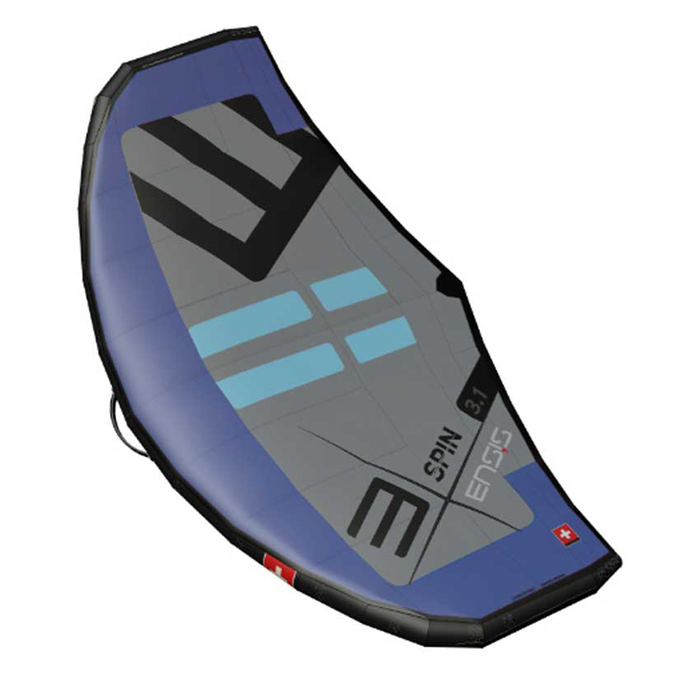 Purchase as part of a combo

The SPIN is a high performance wing for all present and future wing enthusiasts longing to do unlimited tricks and ride waves. The compact wing concept of the SPIN with the short wing span and the wide wing tips provides easy handling from the flight take off to the wildest flip rotations. The connected strut design results in an amazingly direct response making your moves more efficient, leaving you with more power for more actions. While starting, the wing feels very light in your hands. Once flying, the SPIN develops an immediate power for any trick you’re learning and any wave you’re riding. Experts love the SPIN, as well as ambitious discoverers learning their first flights and gybes.

While waveriding with the wing behind your back, the SPIN impresses with its neutral and light feeling. When flown engaged, the short wing span allows you to really lean forward in the bottom turn while its minimal swing weight lets you quickly move the wing through your top turn. The direct response of the wing lets you react to the wave shapes instantly. The SPIN has a rather flat profile for more speed and easier upwind, all this combines to ensure you catch the next wave effortlessly and quickly.

“The SPIN feels like a playful butterfly in my hands – light and hovering. At the same time, the wing is full of power, ultra stable and direct. The SPIN with its compact design is perfect for me to do the wildest tricks.” 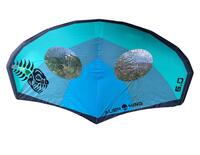